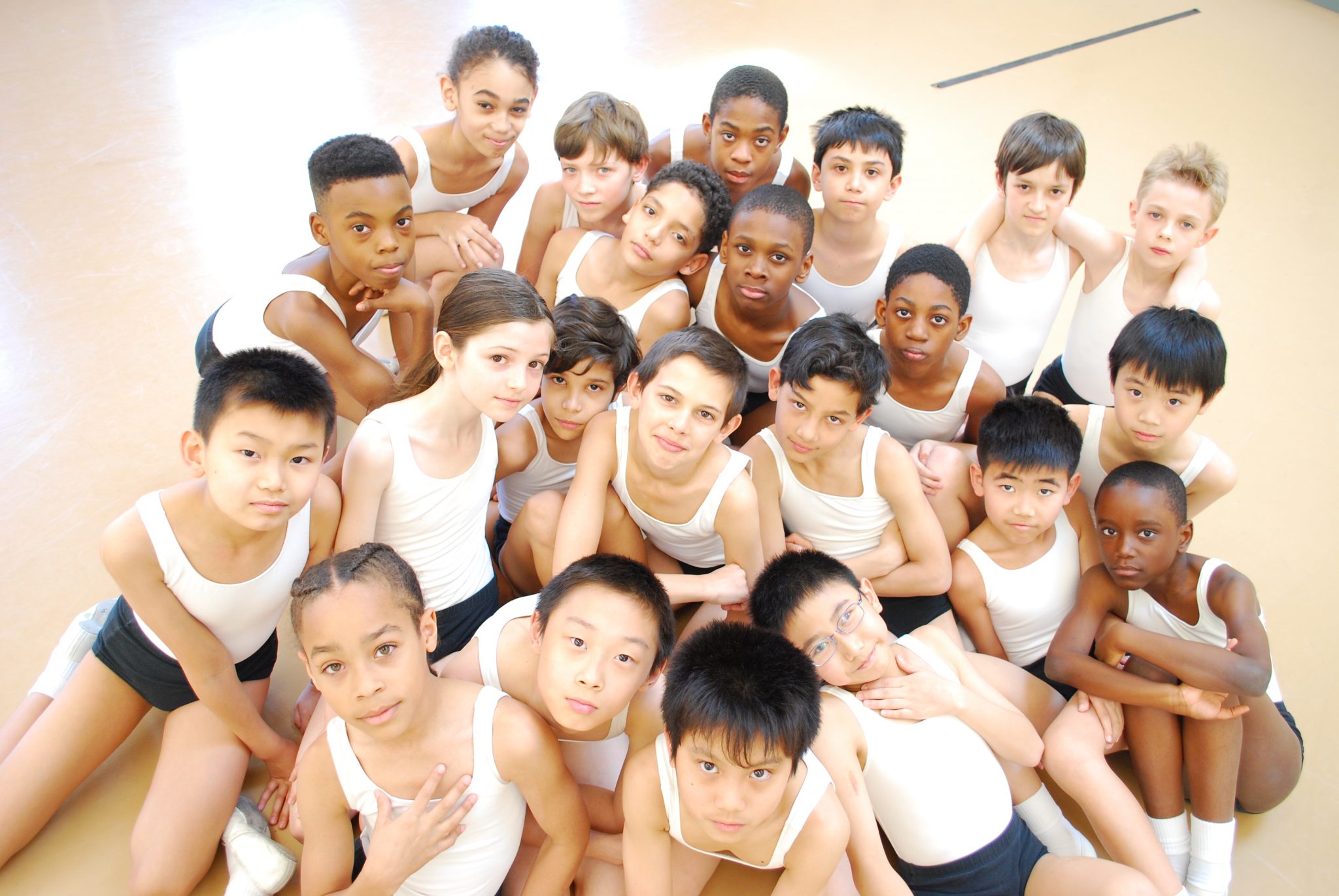 Ballet Tech Foundation Inc. is committed to introducing New York City public school children to the beauty, integrity, and joy of dance. Annually, we provide the rigorous dance training necessary to fulfill and nurture students’ intrinsic dance talents, all tuition free. We are developing the dancers and leaders of tomorrow by offering young people, who reflect the rich diversity of our city, a world class dance education and enrichment that encompasses a wide variety of genres of movement and choreography, alongside an excellent academic education in collaboration with the NYC Department of Education.

No, [I’m not dancing] but I continue to move as a soccer player and think it’s fair to say that any occasional grace I show on the field I owe to BT training. I also feel, immodestly, that I might be more perceptive than the average “So You Think You Can Dance” viewer.

Ballet Tech will always mean family, unity, and pride. Ballet Tech remains the unique and significant experience of my past that built my character and gave me the foundation of discipline and commitment that I have applied to every aspect of my life.

The physical and mental foundation that years of intense ballet training imparted is invaluable. The quick thinking, the discipline, and the motivation to push on even when you feel like giving up goes beyond the dance studio.

Ballet Tech to me was more than just a school. Although I received a great education and made lifelong friendships, I also learned discipline, determination, creativity and respect.

Ballet Tech was my home for 13 years. I loved my time there as a dancer and learned that one of the most important things in life is to love what you do. 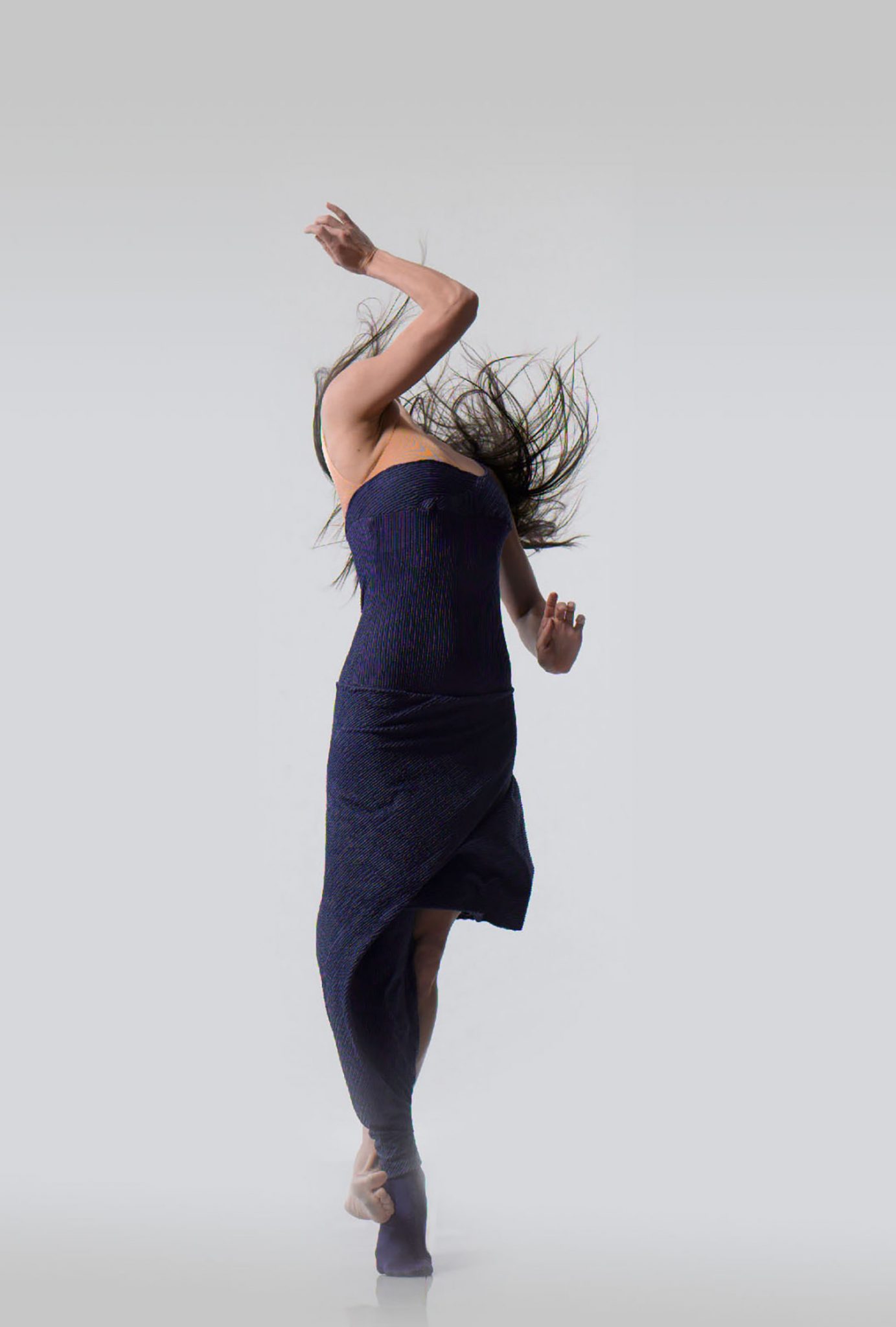 In 1974, choreographer Eliot Feld founded Ballet Tech as a professional ballet company, then known as the Eliot Feld Ballet, serving principally as an instrument for his choreography. Three years later, sharing a subway car with a class of rollicking elementary public school children, Mr.Feld had an aha! moment: these children and tens of thousands of NYC elementary school children were a vast and pristine resource. Traditionally deprived of the rigorous training that could realize their talent for classical dance, NYC public school children were, undeniably, the future of our city and by extension of our nation.

Pursuing this inspiration, Mr. Feld received permission from New York City’s Board of Education to visit elementary schools throughout the city and audition children in grades 3-5. Those children selected were invited to participate in a school-time release program in which they were bused to Ballet Tech’s (BT) studio at 890 Broadway to take an introductory ballet class. In its first year, Ballet Tech auditioned 1,668 children at 8 schools. Since then BT has grown exponentially, increasing the number of students it auditions each year and becoming an independent certified NYC public school. In the 41 years since its founding, Ballet Tech has auditioned almost 900,000 elementary school children in all five boroughs and enrolled approximately 26,000.

In addition to performing with Ballet Tech, alumni have danced with such distinguished companies as Alvin Ailey, American Ballet Theater, Dance Theater of Harlem, Martha Graham Dance Company, and on Broadway. Students rank in the top percentiles on standardized exams and alumni have enrolled at leading universities including Brown, Columbia, Cornell, Juilliard, and SUNY Purchase.

Ballet Tech was designated one of four national projects by the United States Department of Education’s Office of the Gifted and Talented. In 1986 the school received a Schools and Culture Award, co-sponsored by the Alliance for the Arts and the New York City Commission for Cultural Affairs. In October 1992 the Arts and Business Council honored Ballet Tech for “its unique service to New York City’s youth.” The New York State Alliance for Arts Education awarded Ballet Tech the Creative Ticket Award for Schools and Excellence in 2002. Ballet Tech has been consulted by ballet companies nationwide on replicating components of its unique and innovative program. 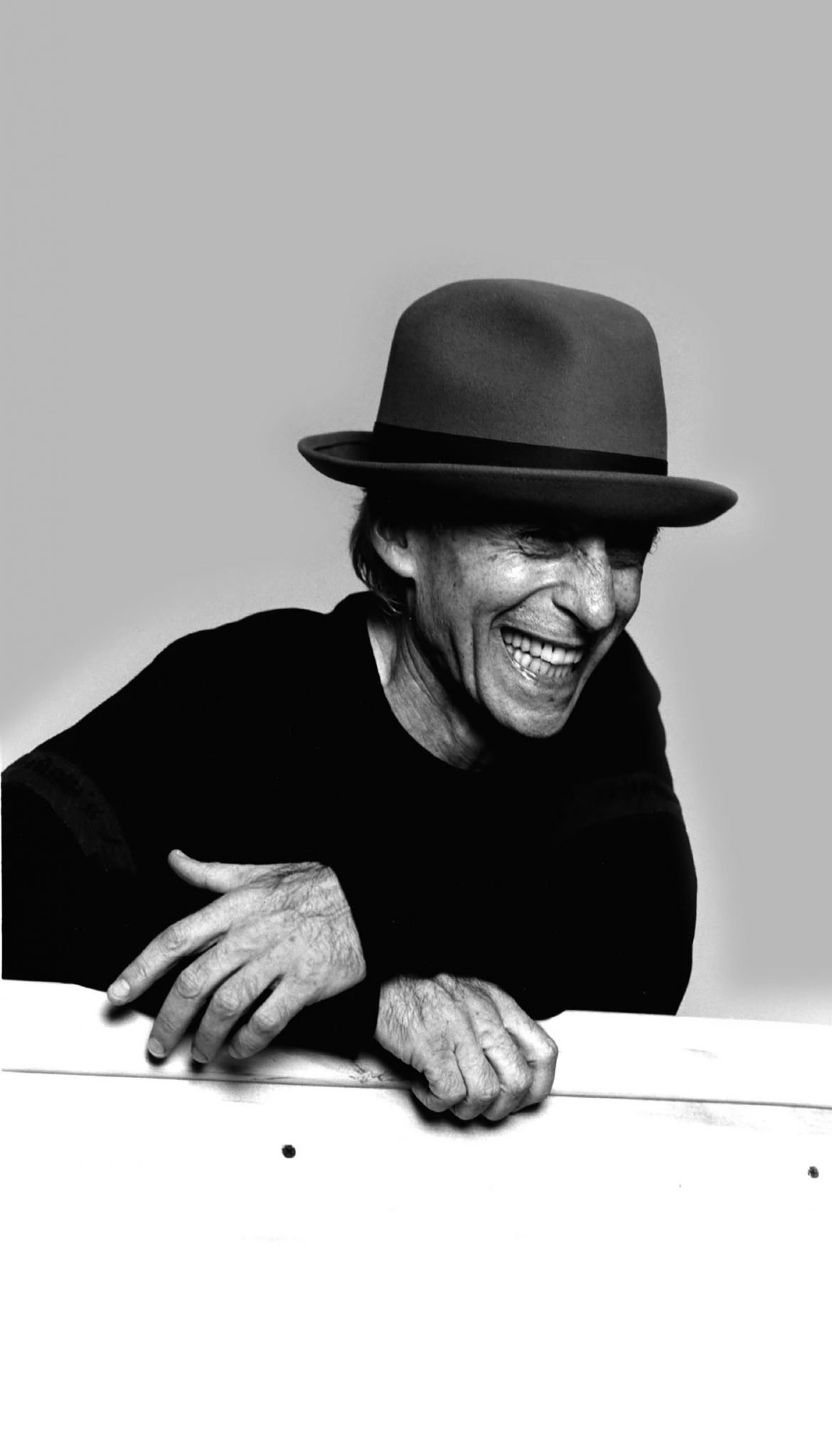 Born in Brooklyn, Eliot Feld studied dance at the School of American Ballet, New Dance Group, High School of Performing Arts, and with Richard Thomas. His career in dance began at the age of 11 as the Child Prince in New York City Ballet’s production of The Nutcracker. At 16, he joined the Broadway cast of West Side Story and appeared as Baby John in the movie version. He later joined American Ballet Theatre, rising to the rank of principal dancer.

While still dancing, Mr. Feld choreographed his first ballet in 1967 for American Ballet Theatre. Prophetic of Mr. Feld’s distinguished career, The New York Times responded: “Here is the most important indigenous talent in classic ballet since Jerome Robbins…Hats off, gentlemen, a genius.” Mr. Feld has since choreographed 149 ballets, including those in Ballet Tech’s repertory and some held in the repertory of leading dance companies, including American Ballet Theatre, The Joffrey Ballet, The National Ballet of Canada, New York City Ballet, Pacific Northwest Ballet, and The Royal Swedish Ballet, to name but a few.

In 1969 Mr. Feld created the American Ballet Company, resident at the Brooklyn Academy of Music. The company was disbanded in 1972 for lack of funds. Not easily discouraged, in 1974 Mr. Feld launched a new ballet company that would come to be known as Ballet Tech. In 1978, Mr. Feld and Cora Cahan founded the Ballet Tech school.

In 1982 Mr. Feld and Ms. Cahan, as principals of the Ballet Tech Foundation, founded the Joyce Theater, a former movie house redesigned to meet the performance needs of small to medium sized dance companies. The Joyce has become one of the foremost presenters of dance companies, providing performance opportunities to many forms of dance. In 1986, collaborating with American Ballet Theatre, Mr. Feld and Ms. Cahan saved 890 Broadway from commercial development and formed the Lawrence A. Wien Center for Dance and Theatre. 890 Broadway houses Ballet Tech and ABT and, in association with Gina Gibney Dance, continues to provide affordable rental space to independent choreographers and small dance companies. 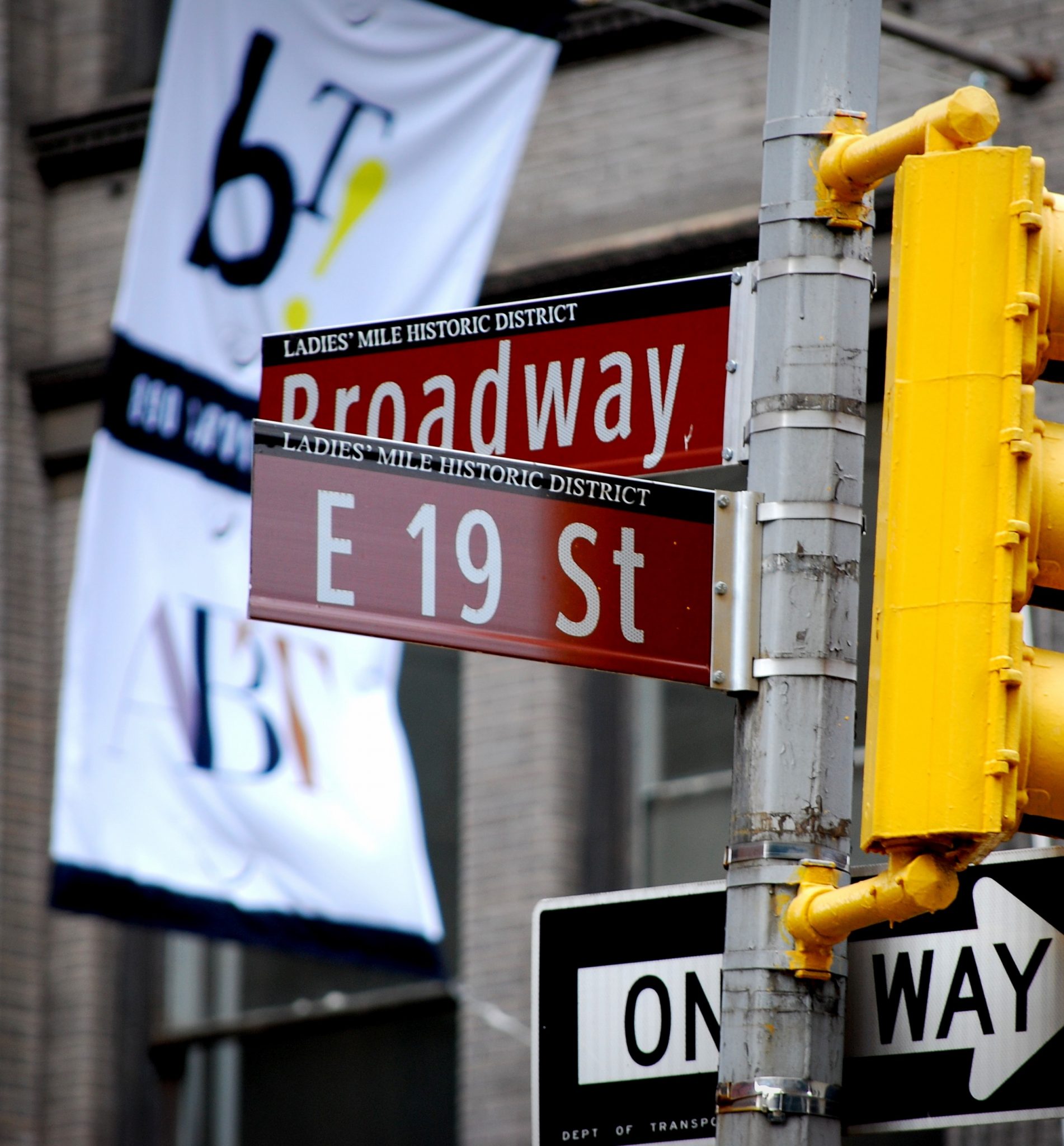 Ballet Tech occupies the 6th, 7th, and 8th floors of 890 Broadway – the historic Lawrence A. Wien Center for Dance and Theater on the corner of 19th Street and Broadway in Manhattan, three blocks north of Union Square.

In 1976, in need of a permanent home for his young company, Eliot Feld discovered an ideal space for dance and theater at 890 Broadway. Fifteen-foot ceilings and column free interiors make the space especially suitable for the performing arts. Becoming the building’s first artistic tenant, Ballet Tech rented and renovated the 8th floor.

In 1986, The Ballet Tech Foundation, together with American Ballet Theatre, purchased 890 Broadway, saving it from commercial development. In addition to Ballet Tech and ABT, 890 Broadway is also home to Gina Gibney Dance, which provides affordable rental space to independent choreographers and small dance companies. Broadway, off-Broadway, and national tour companies rent additional studio space when it is available.

Accessibility for People with Disabilities at 890 Broadway 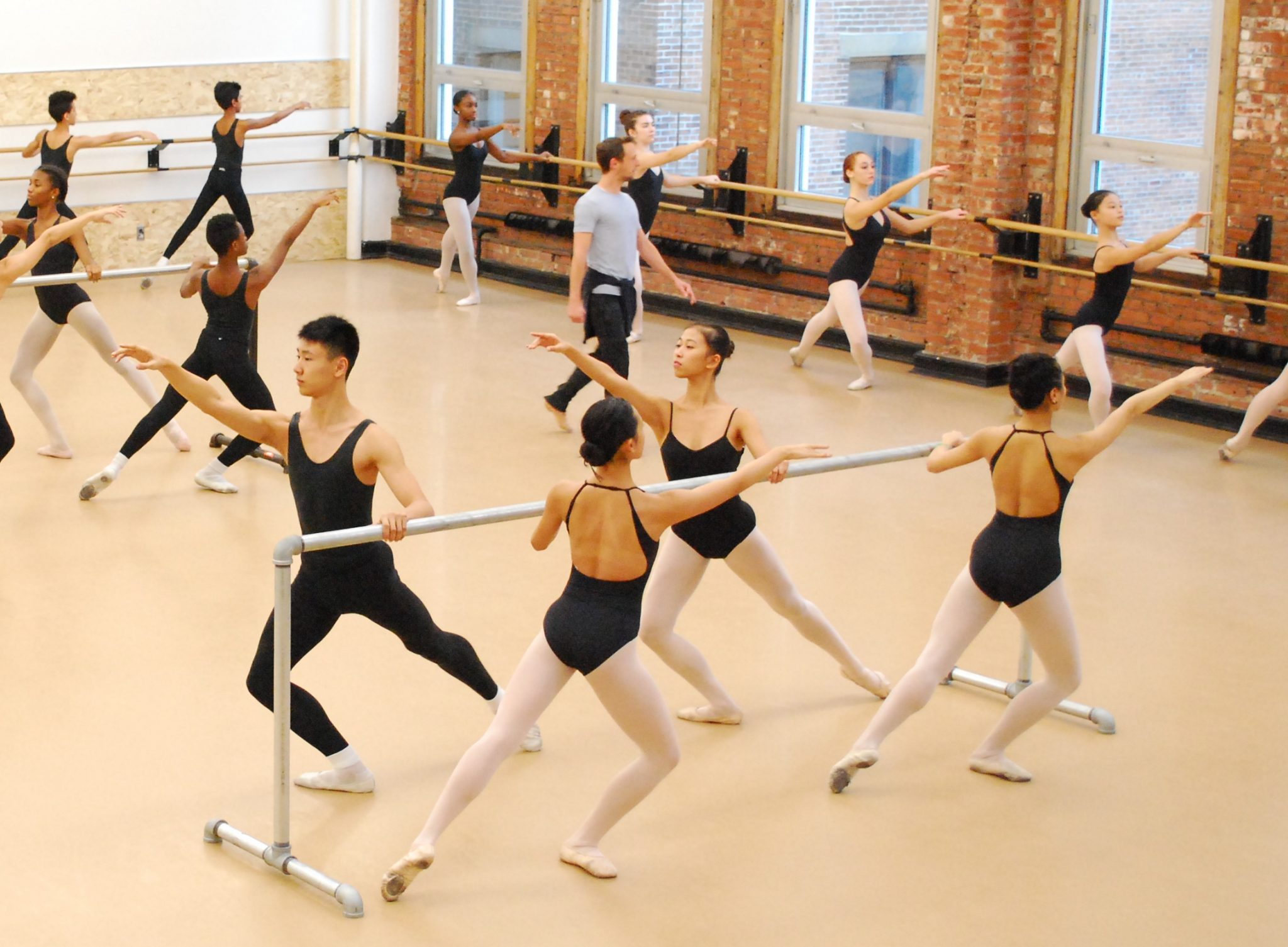 Who’s Who at Ballet Tech

A full listing of our board, faculty and staff is available here: 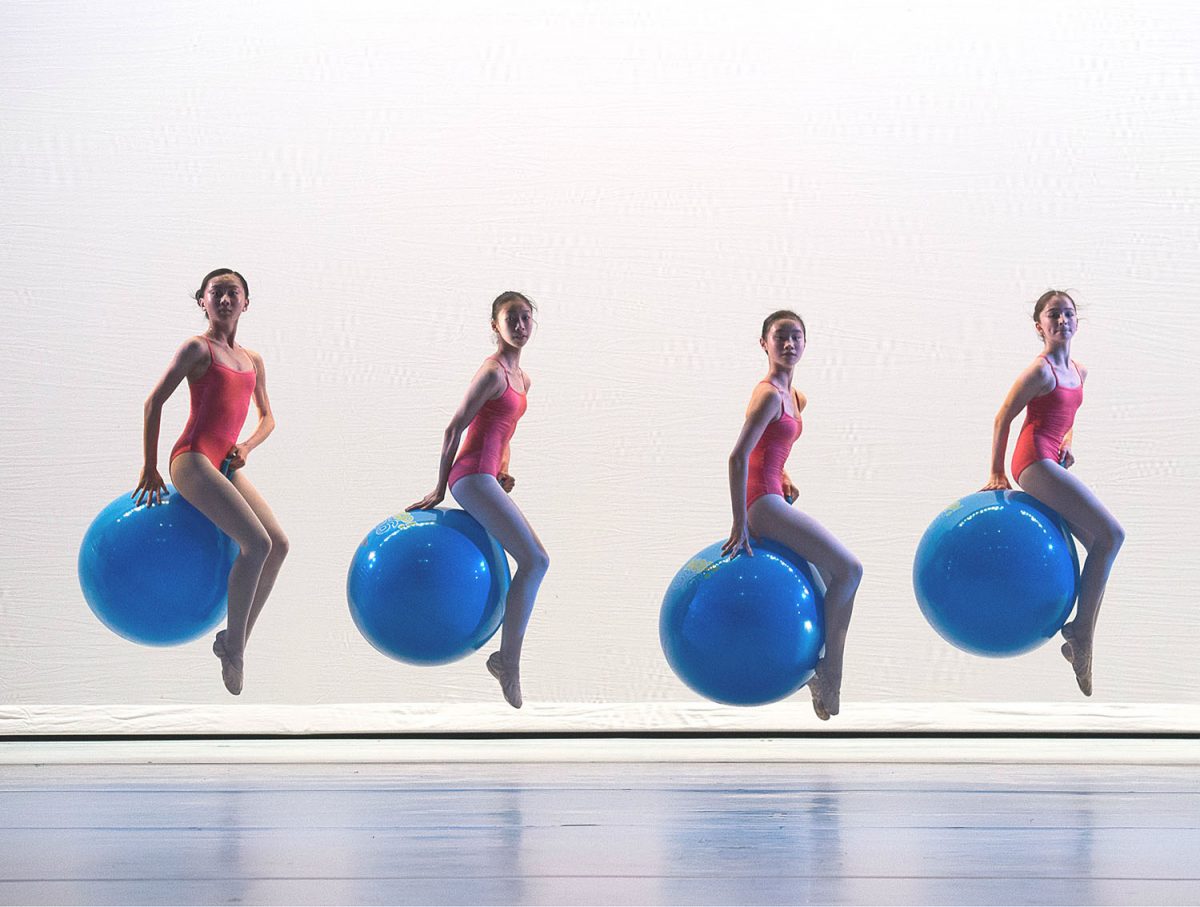 BT in the news

The latest on Ballet Tech in the press: